Solidary events for Fighting Fracking in Blackpool and Fylde

Blackpool and Fylde Green party is proud of the part its members have played to-date in opposing fracking. In 2011 our then Chair Phil Mitchell spearheaded the early days of campaigning against Cuadrilla and its fracking attempts in the Fylde.

Of late Tina Louise Rothery has become a national figure, respected for her dedication and tirelessness in helping continue the battle at Preston New Road.

Gina Dowding of our neighbouring North Lancashire GP is a constant visitor to the continuing activities to protect PNR, as is the redoubtable Anne Power. We have seen co-chairs and past chairs of the national party visit to express support and solidarity. Green Mondays have been supported both by party members and have enjoyed the support of other organisations.

We are pleased to support in turn a programme of events at PNR planned for this spring and summer.

Under the banner of United Resistance, there are three months of activities (and fun!) planned.

The scheduled programme is as follows- 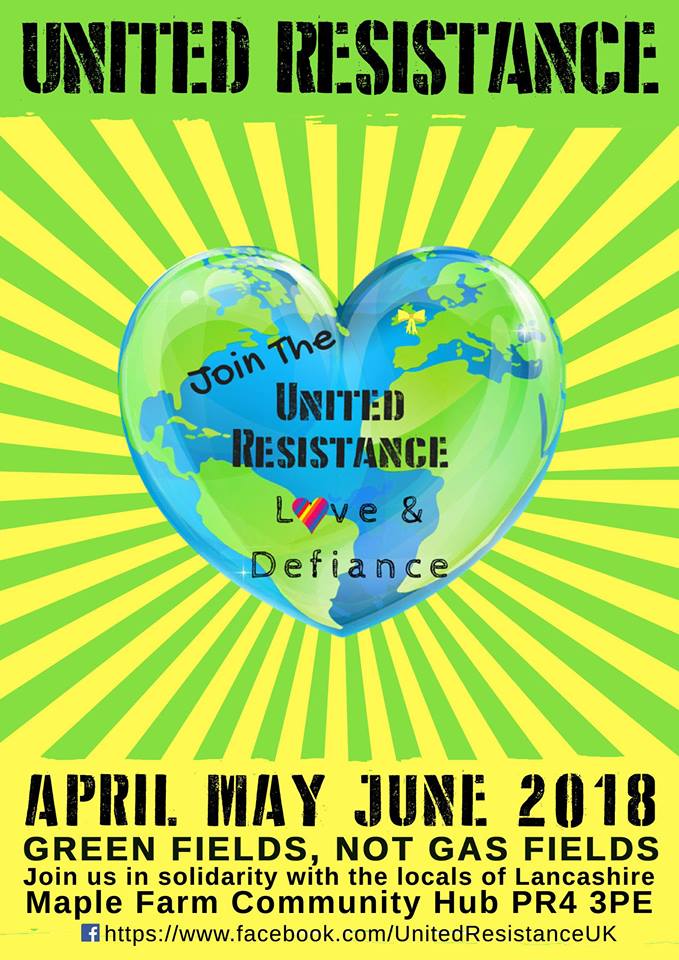